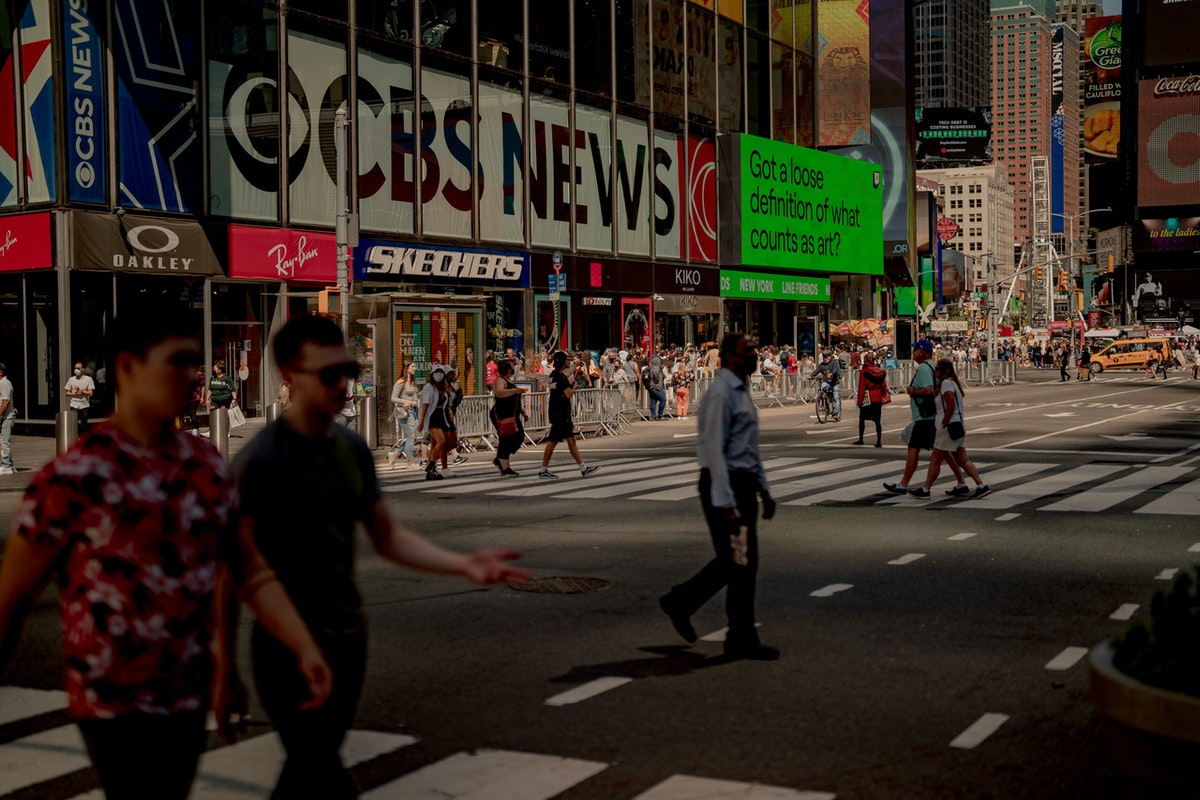 As first reported by Fox News, CBS downplayed the findings of its own poll asking Americans how they would characterize the events in the Capitol on January 6, 2021. The survey asked 2,046 adults, “What happened at the Capitol on Jan. 6, 2021?” Eighty percent of Republicans and 69% of Democrats described it as “a protest that went to far.” Even 70% of Biden voters characterized it that way.

But this was not the information CBS chose to highlight. Instead, after quickly noting, “People widely call it a protest that went too far,” its reporting turned its focus on more granular responses to the poll, conducted with YouGov.

“Most Americans — including most Democrats, but just a fifth of Republicans — call it an insurrection and describe it as an attempt to overturn the election and the government” wrote CBS. It then presented a graphic that showed additional answers that respondents provided, including showing that 85% of Democrats chose “an insurrection” when given additional options for how to describe the day, while only 21% of Republicans did.

One year later, Republicans are far more likely to call what happened at the Capitol on January 6, 2021 “patriotism” or “defending freedom” than trying to overthrow the government or an insurrection https://t.co/fOPMWveNyZ pic.twitter.com/s3uKKseb5q

Fox highlighted how this reporting on the poll, particularly the graphic, underplayed the feelings of most of the poll’s respondents:

For starters, “a protest that went too far” was the overwhelming favorite of the 2,046 Americans who were polled with 76% agreeing with that characterization of Jan. 6. The second most popular result was “trying to overturn the election and keep Donald Trump in power” with 63%. Both of those options were omitted in the graphic bolstered by CBS. Meanwhile, “an insurrection,” which came at a distant third with 55% of Americans was kept in the graphic among the others which polled even less popular.

The Washington Examiner’s reporter Jerry Dunleavy posted the actual results of the poll as opposed to the graphic CBS created for it on Twitter, saying, “CBS News did this poll & one question they asked was if the folks being polled considered the Capitol riot to be ‘a protest that went too far.’ CBS must not have liked the results (70% of Biden voters & 84% of Trump voters agreed) so they just didn’t include it in the graphic.”

Law professor Jonathan Turley said, “Despite the constant media mantra that 1/6 was an insurrection, the vast majority of polled citizens view it as a protest that got out of hand, according to a CBS poll. It is the latest example of the MSM in framing a narrative.”

Tablet Magazine’s Noah Blum pointed out that the poll didn’t even offer “riot” as a choice in its list of descriptions. “The most accurate description (something along the lines of ‘violent riot’) isn’t even an option on this poll,” he said. “This type of poor methodology leads to a ‘circling the wagons’ effect that just spits out partisan results almost regardless of the question itself.”

Substack writer Jim Reacher concurred, albeit in more pointed language. “‘A riot’ isn’t one of the choices. It’s also the only accurate choice. This poll sucks,” he tweeted.

Biden’s War on Unvaccinated Is Un-American