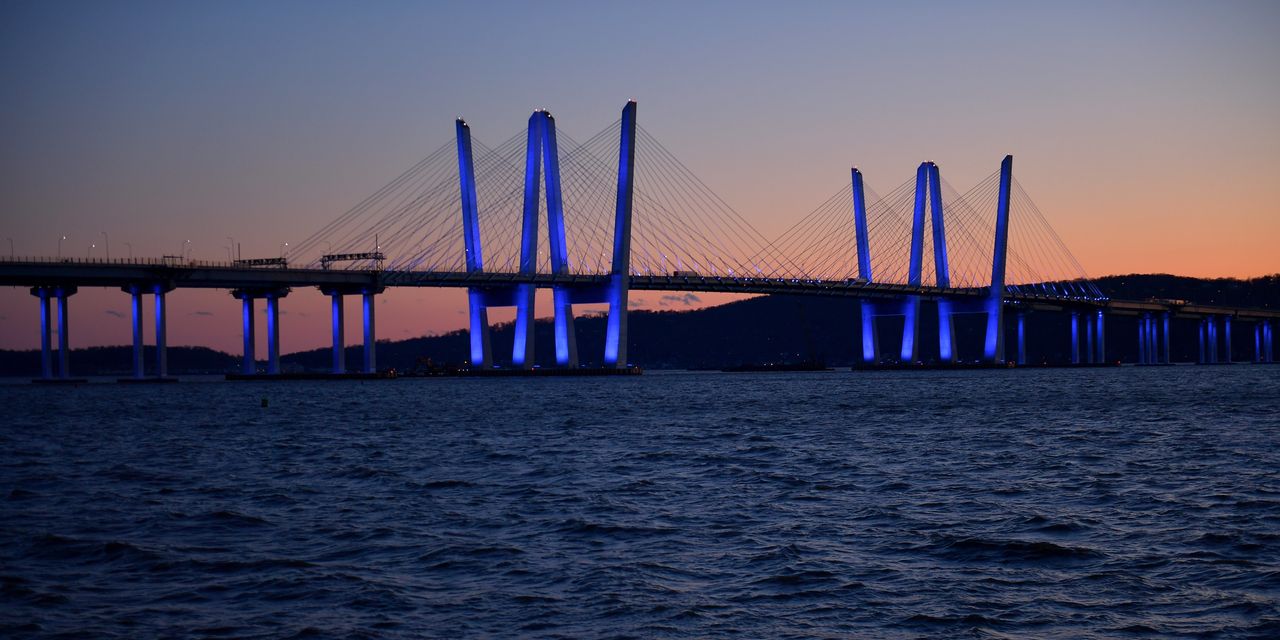 Investors poured more money into municipal bond funds through mid-December last year than they had in decades, providing the fuel for borrowing by states and cities to fund new bridges, sewers and other state and local projects to a second-straight 10-year high.

Municipal bond funds now hold an unprecedented 24% of outstanding debt compared with 16% five years ago, according to Federal Reserve data. The move marks the latest step in a fundamental shift away from a buy-and-hold market in which individual investors quietly collect interest year after year.

The record levels of borrowing and investing in 2021 are evidence that investors have moved well past their early worries the pandemic would drive a wave of municipal defaults and bankruptcies. Buoyed by stimulus funds, state and local governments issued $302.3 billion of debt for new projects as of Dec. 29, the most in at least a decade.

Meanwhile, investors plowed $64 billion into muni mutual and exchange-traded funds through Dec. 15, according to data from Refinitiv Lipper, more than they ever have during that period since tracking began in 1992. That includes $22 billion into high-yield funds that hemorrhaged cash in 2020.

“Generally there’s a better credit environment, you have lower supply [and] more demand, and then you just have investors who are willing to take on more risk to replace the yield that they previously got on their high-grade bonds,” said Eric Friedland, director of municipal-bond research at asset manager Lord Abbett.

The government and nonprofit borrowers that issue bonds in the nearly $4 trillion municipal market are generally in better financial shape than they were in 2020, according to analysts and financial reports. Tax collections and stimulus funds have buoyed municipal balance sheets. The federal infrastructure package recently signed into law could lead to additional money for capital projects.

“These sectors have built up significant cash and reserves that they didn’t have at the onset of the virus in 2020,” said

Merritt’s president and chief executive. Still, he said, “Not everybody’s coming back in good shape.”

Defaults, a rarity in the muni market, remain higher than during the pre-pandemic period, though they have fallen from 2020, according to Municipal Market Analytics. Some borrowers have fared particularly badly. There were 33 defaults in 2021 among assisted-living and other senior-housing borrowers, the most since the firm’s record-keeping began in 2009.

Some state and local governments also remain on shaky ground, using bond money to plug budget gaps or relying on stimulus funds to paper over financial problems. Towns across the U.S. in 2021 resorted to pension-obligation borrowing, using a record-breaking amount of debt to top up retirement funds in the hopes that market returns will outpace interest costs.

Even with borrowing for new projects at a 10-year record, total debt issuance fell short of some expectations.

twice revised its forecast for total 2021 issuance downward, after Congress declined to include two bond programs in the infrastructure bill. “We could not convince our policy makers,” said

Including refinancing deals, municipal borrowers had sold a total of $454 billion as of Dec. 21, also at least a 10-year record.

Cities and states could probably sell roughly $100 billion more of bonds without driving down prices, according to an analysis of lending capacity by Municipal Market Analytics. The mismatch between supply and demand grew after the 2017 tax overhaul prohibited the use of tax-exempt borrowing for early refinancing while simultaneously making tax-free yield more precious to some investors by capping the state and local tax deduction.

While muni bond rates remain at historic lows, the tax exemption can create significant value in high-income households. A 20-year AA-rated municipal bond yielded 1.49% as of Dec. 21, according to Refinitiv Municipal Market Data. For someone in the top tax bracket to get that kind of income on a taxable security, it would need to yield about 2.5%, according to data from asset manager Nuveen.

Investor money has poured in mainly through funds, bringing mutual and exchange-traded muni fund holdings to more than $1 trillion as of Sept. 30, according to Federal Reserve data.

At the same time, the amount of municipal debt held by brokers and dealers has shrunk to $12.1 billion, a 26% drop from 2019. That makes the market increasingly vulnerable to the kind of free fall experienced in March 2020, when investors scared of how the pandemic could affect municipal credit fled muni bond funds, triggering a liquidity crisis and sending prices plunging.

“With dealer positions down, and mutual funds up, there’s less of a relief valve,” said Patrick Brett, head of municipal debt capital markets at Citigroup and chair of the Municipal Securities Rulemaking Board, the muni bond industry’s self-regulatory organization.

Write to Heather Gillers at heather.gillers@wsj.com

Corrections & Amplifications
High-yield municipal bond funds had $22 billion in inflows in 2021. An earlier version of this article incorrectly said they had $22 million in inflows. (Corrected on Dec. 29)

James Cayne, Who Ran the Ill-Fated Bear Stearns, Dies at 87