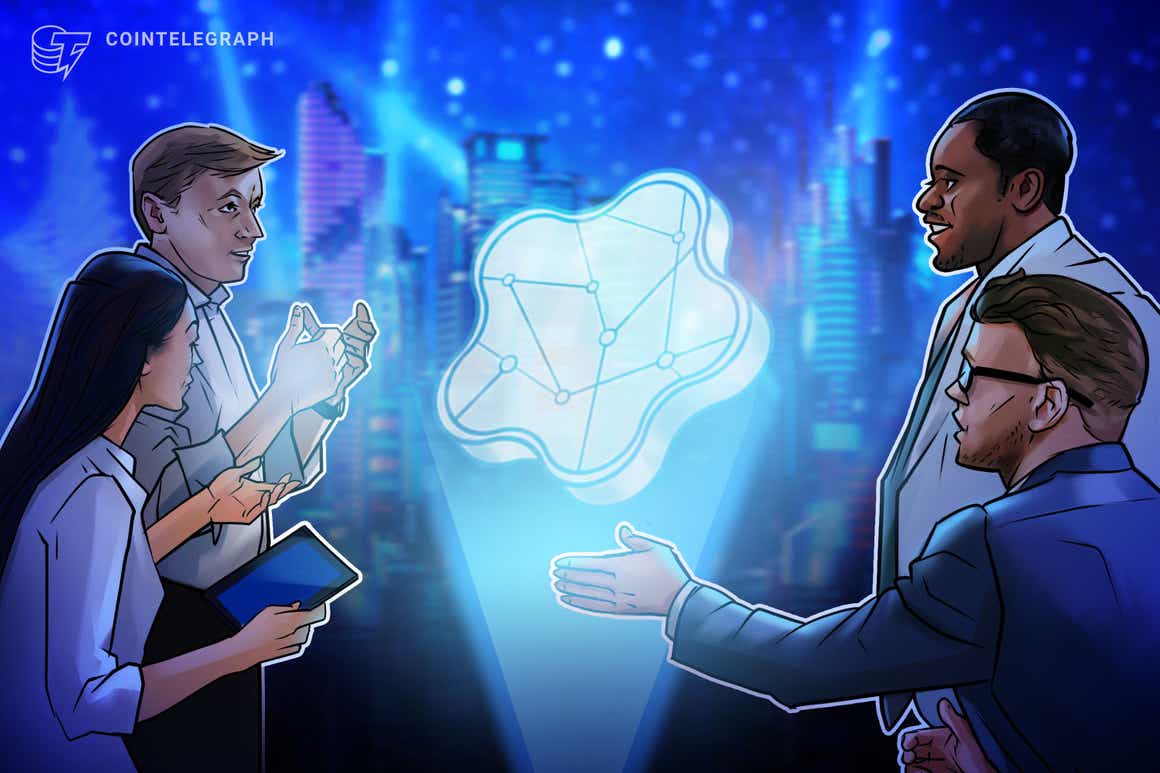 Within months after its launch in April 2021, Bored Ape Yacht Club (BAYC) has become one of the main reasons Wall Street should take the emerging nonfungible token (NFT) market seriously, thanks to its recent sales turnover of over $1 billion.

For the uninitiated, BAYC is a collection of 10,000 cartoons of anthropomorphic apes with stylish clothes and disreputable expressions. Each ape is practically an image file that should be worthless in a sane world. Nonetheless, they have been managing to fetch astonishing sums, sometimes from some of the world’s most renowned celebrities.

For instance, Jimmy Fallon, a popular American TV host, bought the image of a Bored Ape that wore a striped T-shirt and heart-shaped shades for almost $220,000 in November last year. And very recently, Academy Award-winning rapper Eminem paid nearly $462,000 for an ape that somewhat resembled him.

Meanwhile, one of the rarest Bored Apes, which had a gold fur trait, fetched $3.4 million in an online auction held by Sotheby’s in October, breaking the record of another rare ape with laser eyes, which was sold to the Sandbox for $2.9 million a month before.

But what is the selling point?

The BAYC collection fetches its value from NFTs, digital ownership proofs logged on a public blockchain. Think Bitcoin (BTC), but each “coin” is indivisible and unique in some way.

Meanwhile, most NFT projects, including BAYC, settle via the Ethereum blockchain, priced in its native token Ether (ETH).

But rarity is not the only reason people pay millions of dollars for Bored Apes. In addition to owning a unique avatar, people also gain admissions to an exclusive membership club, imposed with tokens. That gives them entry into an inner circle of elites, bringing them status and more profitable opportunities.

Evan Luthra, the CEO, and founder of EL Group International and a BAYC’s exclusive club member discussed the allure attached to the elite association. The 26-year old angel investor referred to the membership as something that is “very strong for the Wall Street folks.”

“I think there is a new celebrity joining the club every single day.”

Bored Ape collectibles also enable their owners to enter private messaging boards on Discord and gain privileged access to other NFTs. And then, there is a certain reselling value attached to these NFTs, as visible in its rising “floor price,” which reflects the lowest bid one may open for the collectibles.

Noelle Acheson, head of market insights at Genesis Trading, credited BAYC for being more flexible in collaborations than CryptoPunks, one of the only high-profile NFT collectible series that came before it.

These collaborations include a BAYC-inspired Adidas gear, the signing of a talent agency, a potential Bored Ape music group, and other related assets emerging around the languid ape characters.

“So, the concept of floor prices — which drives institutional investment in NFTs as well as their increasing use as collateral for loans — no longer depends just on how much investors think someone else will pay further down the road,” Acheson explained, adding:

“Floor prices, and an asset’s appreciation potential, now also depends on what else the NFTs can be used for, other than just displaying.”

Luthra agreed, adding that the continuous involvement of celebrities with BAYC would further boost its recognition among retail and institutional investors alike. That may bring more demand for its NFT collection, which, in turn, would push its floor price higher.

“With the emergence of Meta we will be entering a new way of communication and business,” he told Cointelegraph, adding that NFTs would become an integral part of the metaverse sector, with users supporting unique digital avatars, such as Bored Apes, to interact with one another digitally.

“I believe that people will be looking more closely at the developments of NFT projects like BAYC, and, just like you saw with cryptocurrency, they will be stepping in one by one.”

Acheson noted that Facebook/Meta has committed to spending approximately $10 billion on metaverse development, citing its CEO Mark Zuckerberg’s statement that they would look into decentralized metaverse applications.

“Whether we believe him or not — investors are likely to think about getting in ahead of those flows,” she added.

Will Wall Street ape into NFTs?

As stated, BAYC’s net sales recently crossed the $1-billion-mark, almost 10% of what Apple earned in 2021. Meanwhile, the NFT sector, on the whole, processed sales worth $41 billion, which came to be almost equal to the global art sales in the year, data from Chainalysis showed

Matt Hougan, the chief investment officer of Bitwise Asset Management, admitted that many of their clients had been looking for exposure in the NFT space without needing to crisscross through its daunting technology.

In response, Bitwise launched a dedicated fund last mont, which tracks its own Bitwise Blue-Chip NFT Collections Index — a basket of the ten largest NFT collections weighted by market capitalization — and buys and holds artworks from BAYC, CryptoPunks, and other NFT projects.

Related: The NFT world is gradually bridging the gap between niche and mainstream

The “Blue-Chip NFT Index Fund” is available only to institutional investors who invest at least $25,000 into the product.

Rebekah Keida, director of marketing at New York-based investment management firm, XBTO, favored the prospects of Including blue-chip NFT projects like BAYC or CryptoPunks into funds on Wall Street.

Keida says that it would open the floodgates for accredited investors to pour thousands, even millions, of dollars into these digital projects.

“The opportunities afforded by the increased capital flow enhances the legitimacy of top NFT projects while allowing investors a diverse bet in crypto,” she told Cointelegraph.

Luthra showed confidence in asset managers’ ability to tail Meta’s foray into the metaverse sector, which, in turn, would benefit the NFT projects like the BAYC, saying:

“If Meta thinks that the future lies in the metaverse and that’s where they are investing their time and energy, it only makes logical sense for asset managers to deploy funds towards the industry. As the space matures and there is more opportunities available, I am confident we will see many more metaverse related funds pop up to capitalize on the opportunity.”

Meanwhile, Sami Chlagou, CEO at Cross the ages metaverse game, compared Meta’s potential involvement in the NFT space with “lighting a lamp in the heads of investors who are much more backward about this concept.”

“Whether you think Meta’s decision is good or bad, the fact remains that when one of the largest social networking groups open to innovation and known for shaking up our environment talks about a subject, it opens doors and the desire to get involved.”