Bitcoin price fell short of analysts’ $100K target, but what about 2022?
Advertisement 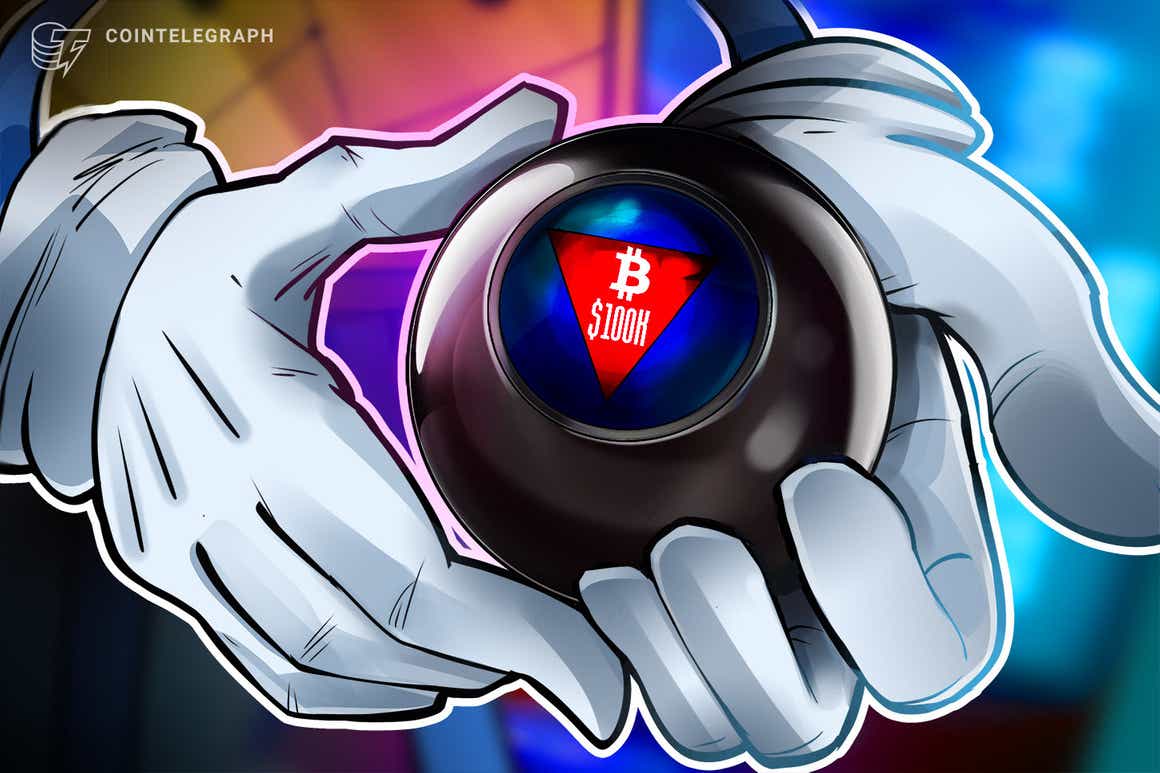 Bitcoin (BTC) is likely to end 2021 well below analysts’ target projections of $100,000. Kraken CEO Jesse Powell, who had also projected a $100,000 price target for Bitcoin, still remains bullish in the long term, but he does not rule out a sharp drop in the short term.

One of the negatives that may add pressure to Bitcoin in the short term is the shift in the United States Federal Reserve’s monetary policy. On Dec. 15, the Fed announced that it would wind down its bond-buying program at a faster pace, and it also projected three interest rate hikes in 2022.

If history repeats, Bitcoin could also struggle to run away due to its strong correlation with the S&P 500 at various stages in 2021. It is difficult to predict with certainty whether investors will continue to buy Bitcoin to hedge their portfolio against rising inflation if a risk-off sentiment will result in profit-booking.

With this uncertainty, let’s turn to the charts and conduct a long-term Bitcoin analysis to determine the critical levels to watch out for.

Bitcoin’s sharp rally in 2017 pushed the relative strength index (RSI) above 96, indicating a state of euphoria among traders. Vertical rallies are rarely sustainable and are usually followed by a sharp correction or a period of consolidation. That is what happened after the bull move ended in 2017.

The BTC/USD pair remained stuck below the December 2017 highs until the breakout above $20,000 in December 2020. This shows a large base-building period of about three years.

The pair’s sharp rally in 2021 propelled the RSI above 91 in March before profit-booking set in. However, unlike 2017, bulls aggressively defended the 20-month exponential moving average ($37,281).

This suggests that sentiment remained positive and traders were using the dips to accumulate. The subsequent rally drove the pair to a new all-time high at $69,000, but bulls could not sustain the higher levels. This shows that traders are booking profits on rallies.

The sharp correction has once again pulled the price toward the 20-month exponential moving average (EMA) and the RSI is exhibiting signs of a negative divergence, indicating that the bullish momentum may be weakening.

If bears sink and sustain the price below the 20-month EMA, the pair could drop to the critical support at $28,800. This is an important level for the bulls to defend because a break below it could result in a long period of base-building.

On the other hand, if the price rises from the current level, the pair could retest $69,000. A break and close above this resistance could signal the resumption of the uptrend.

The bulls pushed the price above the $64,899 level on two occasions but could not sustain the higher levels. This could have trapped the aggressive bulls who purchased the breakout, resulting in a long liquidation.

The 20-week EMA ($52,016) has started to turn down gradually, and the RSI has dipped into the negative zone, suggesting that bears are attempting a comeback. The bulls attempted to defend the 50-week simple moving average (SMA) ($47,709) but could not drive the price above the 20-week EMA.

This could have attracted further selling, and the bears are now trying to sink the price to the next strong support at $39,600. This is an important level for the bulls to defend because if it cracks, the pair could plummet to $28,732.

Such a move could delay the start of the next leg of the uptrend and may keep the pair stuck in a range between $28,732 on the downside and $69,000 on the upside.

On the contrary, if the price turns up from the current level and breaks above the 20-week EMA, bulls will make one more attempt to clear the $64,899–$69,000 overhead resistance zone.

If they succeed, the bullish momentum could pick up, and the pair could start its northward journey toward the $100,000–$109,000 price zone where the rally may face strong headwinds.

Alternatively, a break and close below $28,732 could result in a bear market with the next strong support at $20,000.

The pair has been declining inside a descending channel for the past week. Both moving averages are sloping down and the RSI is in the negative zone, indicating that bears are in control.

If the price turns down from the current level or the 20-day EMA ($50,054), it will suggest that sentiment remains bearish and traders are selling on rallies. That could pull the price to the Dec. 4 intraday low at $42,333.

This is an important level for bulls to defend because if it cracks, bears will attempt to sink the price below the support line of the channel. If they manage to do that, the selling could intensify further.

Conversely, if the price rises and breaks above the resistance line of the channel, it will signal that the selling pressure could be reducing. The pair could then rise to the 50-day SMA ($56,524), which may again pose a stiff challenge.

The bulls will have to push and sustain the price above the 50-day SMA to indicate the start of an up-move to $60,000. This level may act as a strong resistance, but if crossed, the rally could retest the all-time high.

The views and opinions expressed here are solely those of the author and do not necessarily reflect the views of Cointelegraph. Every investment and trading move involves risk, you should conduct your own research when making a decision.