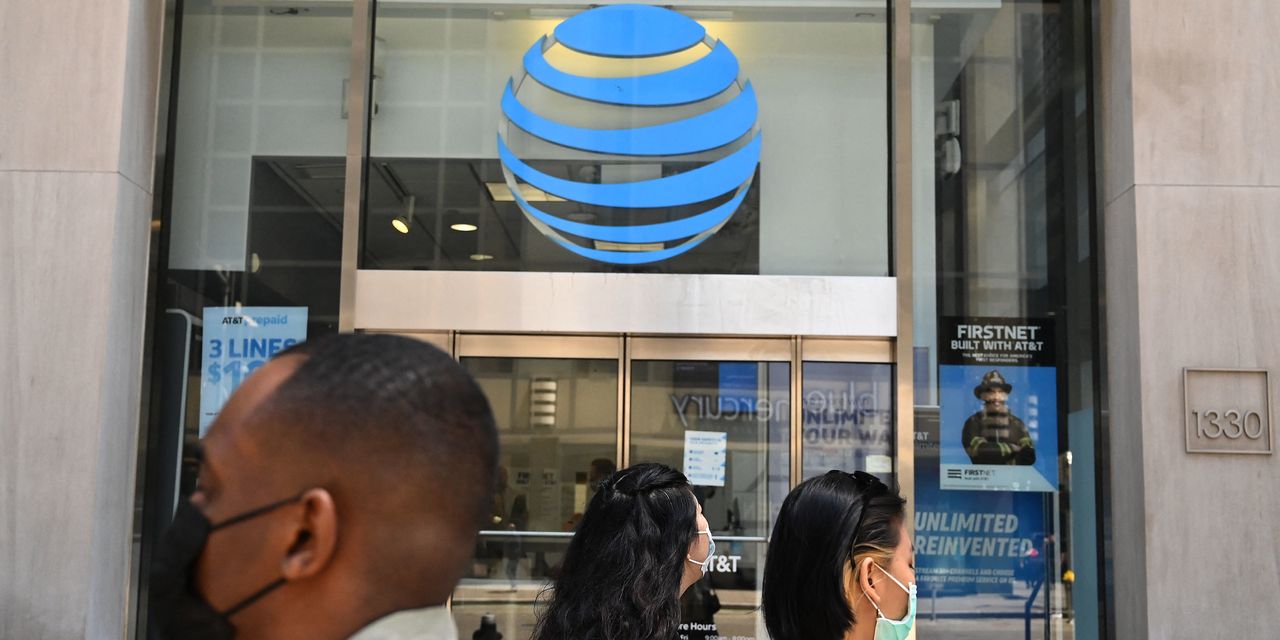 rose on Wednesday after the telecommunications and media giant said it added a net 1.3 million postpaid in the fourth quarter, above the consensus call for 968,000.

For 2021, postpaid phone net adds were 3.2 million, the highest annual fgure in more than a decade.

AT&T (ticker: T) also reported the addition of roughly 270,000 fiber subscribers for the quarter, below the Wall Street consensus forecast of 302,000 and less than the third-quarter figure of 289,000 fiber subscribers. “They passed an additional 1.7MM homes during the fourth quarter, which should have translated into higher net adds,” New Street Research analyst Jonathan Chaplin said in a research note.

The company also said it had 73.8 million HBO Max and HBO subscribers globally at the end of 2021; higher than management forecasts of 70 million to 73 million subscribers. “We expect results benefited from a strong content slate along with the HBO Max launch in certain parts of Europe in late October…ahead of a wider rollout in 2022,” said Maral

The European Commission earlier this week gave approval to

‘s merger with WarnerMedia. AT&T agreed last May to merge its WarnerMedia business, which includes HBO, CNN and TBS channels, with Discovery and its TLC and HGTV channels.

Write to Karishma Vanjani at karishma.vanjani@dowjones.com

Stocks Waver Ahead of Fed Minutes