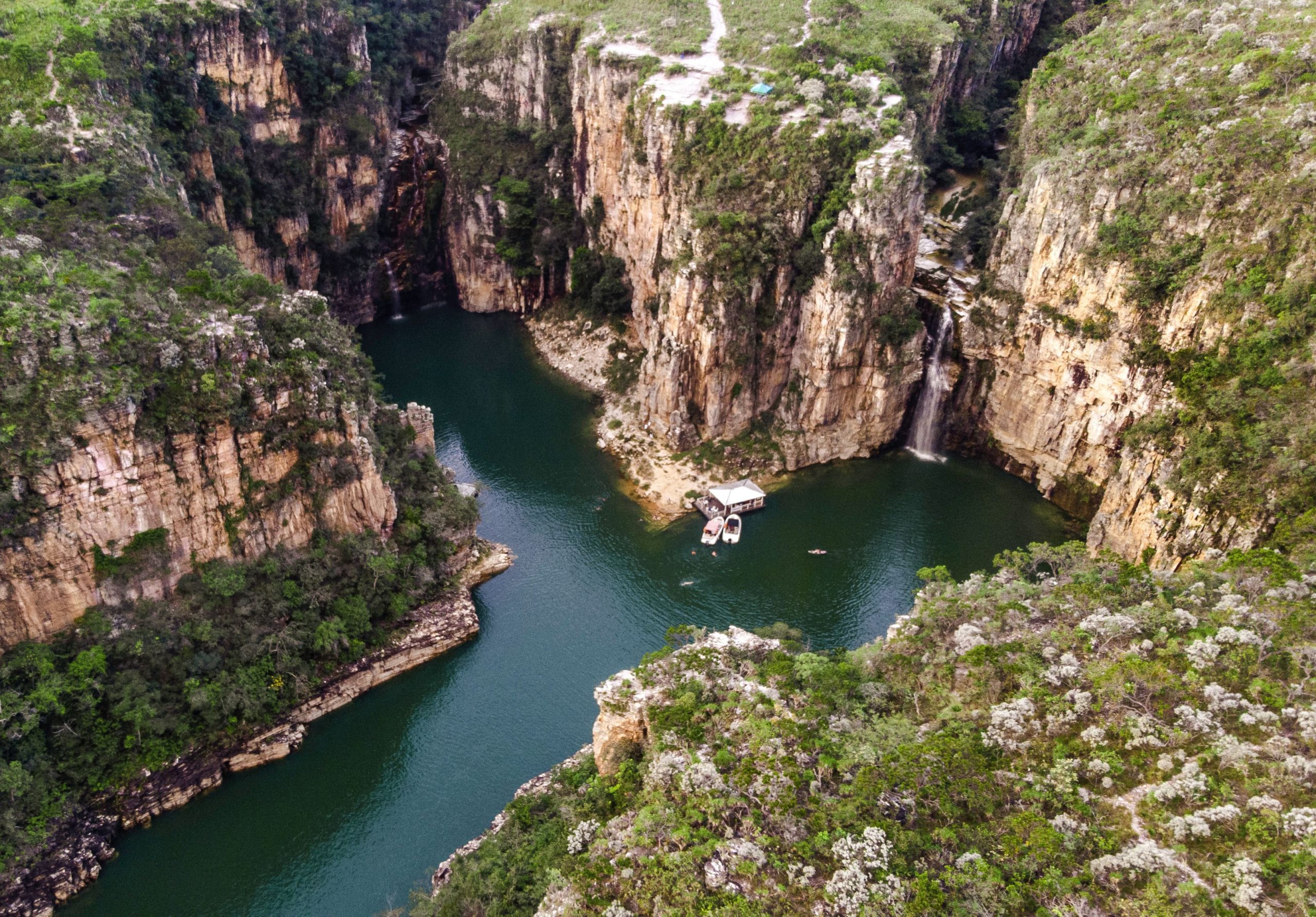 Archive photos of the region of Canios in the city of Capitolio in the interior of Minas Gerais, about 280km from the capital Belo Horizonte. A rocky structure collapsed on boats with bathers who were touring the region known as Escarpas do Lago in Capitolio this Saturday

A towering slab of rock broke from a cliff and toppled onto pleasure boaters drifting near a waterfall on a Brazilian lake Saturday and officials said at least six people died.

Edgard Estevo, commander of the Minas Gerais State Fire Department, said at a news conference that in addition to the dead as many as 20 people might be missing and officials were seeking to identify them.

Officials said at least 32 people were injured, though most had been released from hospitals by Saturday evening.

Video images showed a gathering of small boats moving slowly near the sheer rock cliff on Furnas Lake when a fissure appeared in the rock and a huge piece toppled onto at least two of the vessels.

Estevo said the accident occurred between the towns of Sao Jose da Barra and Capitolio, from which the boats had left.

The press office of Minas Gerais state told The Associated Press that the fire department had deployed divers and helicopters to help. Minas Gerais Gov. Romeu Zema sent messages of solidarity with the victims via social media.

Furnas Lake, which was created in 1958 for the installation of a hydroelectric plant, is a popular tourist draw in the area roughly 420 kilometers (260 miles) north of Sao Paulo. Officials in Capitolio, which has about 8,400 residents, say the town can see around 5,000 visitors on a weekend, and up to 30,000 on holidays.

Officials suggested the wall coming loose could have been related to heavy rains recently that caused flooding in the state ad forced almost 17,000 people out of their homes.

Earlier last year, the concern was a lack of rain as Brazil experienced the worst drought in 91 years, which forced officials to alert the water flow from the Furnas Lake dam.

The Brazilian navy, which also helped in the rescue, said it would investigate the causes of the accident.

Even in the dry season, in some parts of the lake the movement is so intense that the boats have to take turns to navigate on the lake, said the City Hall press office.