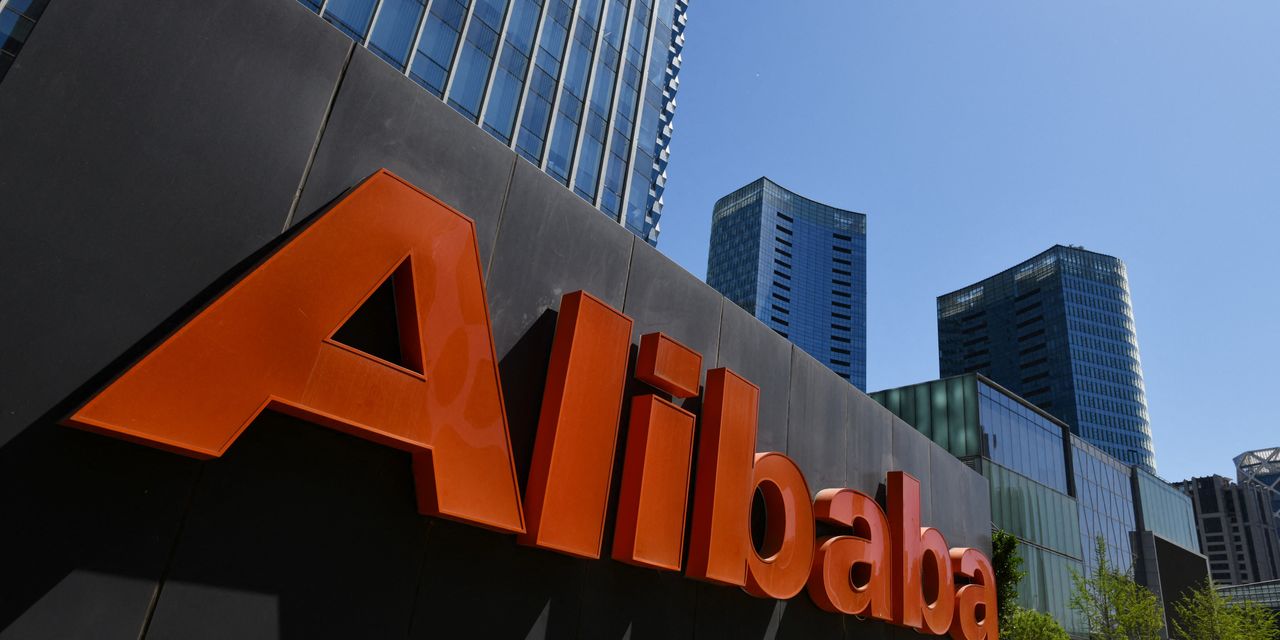 shares have had an excellent week because the stock looks cheap and investors are buying the big dip.

After losing almost 50% of its value in 2021—amid intensifying regulatory pressures and concerns around slowing growth—shares in the Chinese tech giant have climbed more than 9% since the start of 2022. That surge comes even as peers in U.S. tech have tumbled alongside rising bond yields and indications of tightening monetary policy.

That outperformance was on track to continue Friday, with the U.S.-listed stock of Alibaba (ticker: BABA) finishing up 2.5%. The company’s Hong Kong-listed shares (9988.H.K.) surged 6.5% in Asian trading.

Danny Law, an analyst at Guotai Junan Securities—one of China’s biggest investment banks—told Barron’s he sees five factors behind the recent turnaround for Alibaba. In short, investors are buying the stock because it may have finally hit rock bottom.

Current valuation is the first reason cited by Law for Alibaba’s recent outperformance. It’s looking cheap, especially because the company is a clear market leader in Chinese e-commerce.

Sentiment around valuation in Chinese equities more broadly has been echoed by strategists at Goldman Sachs. “Are valuations really attractive? Yes,” wrote a group led by Kinger Lau in a report. “Index valuations (12x) are at recent-year lows and at significant discounts to global equities.”

(BRK.A and BRK.B) Vice Chair Charlie Munger—was catching the eye of other investors, who were following suit. Munger’s Daily Journal (DJCO) recently doubled down on Alibaba stock for the second quarter.

The regulatory picture, which dogged Alibaba last year, also seems to be getting clearer, Law said. Alibaba and other Chinese tech giants found themselves on the wrong side of regulators as President Xi Jinping tightened his control over China’s economy. Finally, investors may have accepted the expectation of continuous supervision by regulators, according to Law.

Lau and his team at Goldman agreed. “Is the worst of regulation tightening behind us? We think yes, in terms of its intensity, and the risks seem well priced per our indicators,” the strategists said about Chinese equities at large. “Policy clarity is also improving.”

Another factor driving investors into Alibaba stock this week could be a major sale of assets by peer Tencent, Law said, which have weighed on the shares of that company and could have pushed some to shift into Alibaba. The momentum of positive sentiment from the company’s investor day last month may be another factor behind buying, according to Law.

All of these factors, he said, “may help to boost the company’s share price in the short term.”

His view—especially the notion that Alibaba looks cheap, and that the regulatory picture is getting clearer—is also shared by others.

But there remains reasons to be cautious.

“For the longer term, the policy risk and the economic downturn risk are still highly uncertain,” Law said. “Both might make impacts on the company’s operations, as well as its growth outlook.”

Analysts led by Alex Yao at JPMorgan Chase said the same thing Thursday, trimming the target price for Alibaba to $180 from $210 on growing caution about Chinese online consumption.

Like the group at Benchmark, Yao’s group sees risks to customer management revenue (CMR), which comes from services like marketing on Alibaba’s platforms and is a crucial source of sales for the company.

“A deteriorating CMR outlook will make the stock vulnerable until the market identifies an inflection point in earnings revisions, in our view,” the team at J.P. Morgan said. “We think the stock will continue to be under pressure in the near future, despite low valuations.”

Yet the group at Benchmark maintained its Buy rating on the stock, and J.P. Morgan kept Alibaba at its Overweight rating, as have dozens of analysts whose estimates are captured by FactSet data. The average target price for Alibaba among this group is $195.51, which implies more than 54% upside from the closing price Thursday.

In the background, the prospect simmers below the surface that U.S.-listed Chinese companies like Alibaba may be pushed by regulators to lose their listings in New York.

Delisting can pose a serious issue for stockholders—especially individual investors—and as Barron’s reported last summer, many fund managers have opted to switch to Hong Kong listings.

“Is China investible? We’d say Yes, especially for investors whose investible universe goes beyond the ADR market where forced delisting remains a risk,” the group at Goldman said.

Write to Jack Denton at jack.denton@dowjones.com