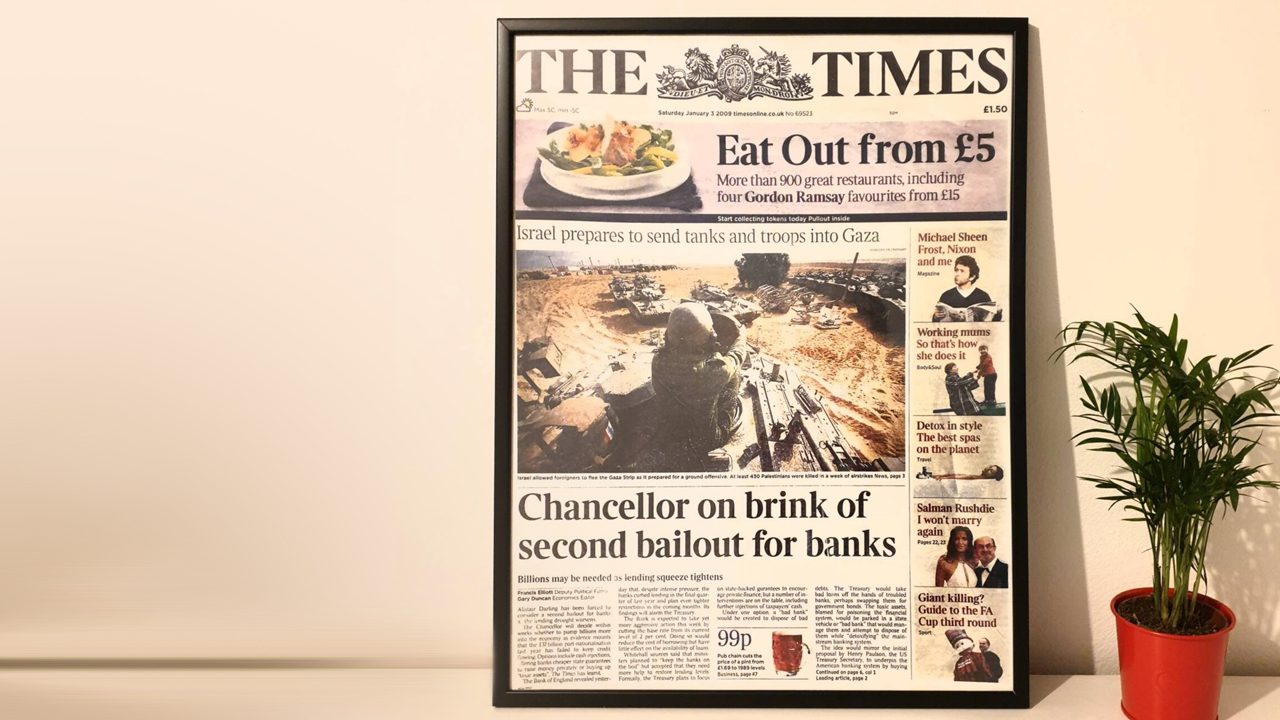 13 years ago today, the anonymous creator of the Bitcoin protocol kickstarted the network by mining the genesis block. Satoshi started the genesis block on Saturday, January 3, 2009, at precisely 1:15 p.m. (EST), and since then more than 700,000 blocks have been mined into existence.

Today, bitcoiners and cryptocurrency advocates worldwide are celebrating the 13th anniversary of the Bitcoin network’s launch. On this day, 13 years ago, Bitcoin’s inventor Satoshi Nakamoto launched the genesis block, otherwise known as “block zero.” There are several unique characteristics of the genesis block that make it different than the blocks that followed.

For instance, the genesis block has a 50 BTC block reward subsidy that can never be spent. Block zero also has two more leading hex zeroes in the hash which was common for bitcoin blocks mined in the early days. The genesis block also contains a special message stored in the coinbase parameter. The message derives from a London Times January 3, 2009 headline and reads:

The Times 03/Jan/2009 Chancellor on brink of second bailout for banks.

Many people are unaware that the Bitcoin protocol did not produce another block until six days after the genesis block was mined. It is assumed Satoshi had a reason for this wait time, as it resembles something out of Machiavellian folklore or the King James Bible’s Genesis tale when the earth was created in seven days.

Satoshi Nakamoto mined the Bitcoin network with a standard personal computer or central processing unit (CPU). It is assumed Nakamoto was a Microsoft user, and the protocol’s codebase was written in the coding language C++. In addition to the coding language, users leveraged a Windows GUI mining application to mine BTC blocks back then.

When bitcoiners examined a pre-code release prior to Jan. 3, 2009, distributed to bitcointalk.org member “Cryddit,” a number of interesting findings were discovered. For instance, the document mentioned the term “bitcoin miner” for the first time, and it also referred to the blockchain as a “timechain.” The pre-release Bitcoin source code also contained an early framework for an IRC Client, a peer-to-peer (P2P) marketplace, and a virtual poker game.

Additionally, according to Bitcointalk.org user Deepceleron on Dec. 23, 2013, and a few other armchair sleuths, “there’s no source code to recover off Sourceforge through the Internet Archive, but here’s a screenshot from January 3, 2009, (same date as genesis), with an unreleased blockchain at block 213 and three other connections.” It is assumed by some people that Nakamoto and some early users may have tested the blockchain launch prior to January 3, 2009.

Last year, on the 12th anniversary of the genesis block, a mystery miner spent 1,000 BTC from 2010 after letting the bitcoin sit idle for well over a decade. The 13th anniversary follows BTC’s lifetime price high on November 10, 2021, when the crypto asset tapped $69K per unit. Furthermore, on January 1, 2022, the network’s hashrate reached an all-time high of over 200 exahash per second.

Whoever was mining at this time on January 9, 2009, and the following week (we assume it was Satoshi Nakamoto), was still dedicating more computational power than it would take to mine bitcoin (BTC) with paper and pencil (0.67 hashes per day) or a Nintendo Game Boy (0.8 H/s). Since that day on January 9, 2009, the network’s hashrate has grown exponentially stronger by a whopping two hundred sixty-seven quadrillion percent. Jamie Redman is the News Lead at Bitcoin.com News and a financial tech journalist living in Florida. Redman has been an active member of the cryptocurrency community since 2011. He has a passion for Bitcoin, open-source code, and decentralized applications. Since September 2015, Redman has written more than 5,000 articles for Bitcoin.com News about the disruptive protocols emerging today.