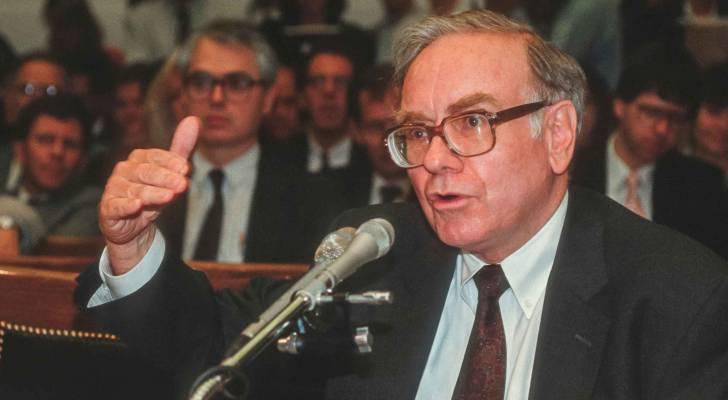 Warren Buffett might have billions of dollars to his name, but unlike other celebrities and financial gurus, he prefers to live life simply for the most part.

The investing icon practices what he preaches when it comes to financial discipline, saving and paying off debt.

Buffett gave an early warning last May about today’s higher prices when he told a livestream audience of over 28 million during Berkshire Hathaway’s annual meeting that “substantial inflation” was already hitting businesses.

When one of the world’s most successful investors raises concerns about rising prices, it’s probably a good time to apply some well-tested strategies to tighten your belt. Here are nine ways Buffett’s frugality can help you save and spend wisely.

While most billionaires bulk up on expensive real estate, Buffett originally paid $31,500 for his Omaha, Nebraska, home — that’s about $289,000 in today’s dollars — and he’s lived there for over 60 years.

His home is by no means tiny, however. The 6,570-square-foot, five-bedroom house has had plenty of renovations and additions over the decades and is worth about $1 million today. It’s also protected by fences and security cameras and most likely has a good homeowner’s insurance policy as well.

Buffett has no plans to move out, calling it “the third best investment I ever made,” in a 2010 letter to Berkshire Hathaway’s shareholders.

2. He rarely takes out loans

Buffett’s one-and-only mortgage was on a vacation home in Laguna Beach, California, that he purchased in 1971, although he certainly had the cash to afford the $150,000-listed seaside property.

He told CNBC that he took out the 30-year mortgage loan because “I thought I could probably do better with the money than have it be an all-equity purchase of the house.” He decided to use the extra cash on hand for shares in Berkshire Hathaway — the company that brought him billions.

Buffett’s point about not locking up capital still resonates. And if you own your home, you have options to free up some of your capital by refinancing quickly at today’s low rates before federal regulators raise them as anticipated. A switch may save you thousands of dollars a year.

While Buffett could simply have a personal chef cook him a gourmet breakfast, he often grabs Mickey D’s on his way to work. He says he doesn’t like to spend more than $3.17 on his morning meal.

“When I’m not feeling quite so prosperous, I might go with the $2.61, which is two sausage patties, and then I put them together and pour myself a Coke,” he says in HBO’s 2017 documentary Becoming Warren Buffett. He continues: “$3.17 is a bacon, egg and cheese biscuit, but the market’s down this morning, so I’ll pass up the $3.17 and go with the $2.95.”

Instead of going out for meals or buying a latte from Starbucks every day, make your own lunches and coffee. And when you buy online, you might be able to get a better deal with some help comparison shopping.

Many billionaires and millionaires keep a collection of flashy sports cars and vintage models in their garages, but Buffett allegedly prefers fixed-up automobiles that he can acquire at reduced prices.

Whether you opt for a brand-new car or a slightly used model, emulate Buffett by spending within your limit. That means you won’t want to go for the first loan you spot and should look around for better deals. A good habit is to do a quick check of auto insurance rates every six months.

5. He doesn’t splurge on brands

Buffett doesn’t much care for designer suits or the latest iPhone model — he relied on his $20 flip-phone for years before swapping it out for the Apple smartphone in 2020.

Park your funds in a high-yield savings account or in a diversified investing portfolio so the money can grow over time. Set aside your extra cash for an emergency fund or retirement instead of blowing it all on nonessential purchases.

“I’ve never borrowed a significant amount of money in my life. Never. Never will. I’ve got no interest in it,” he told students at Notre Dame in 1991.

Although a young Buffett once borrowed 25% of his net wealth to buy shares, he warns investors against repeating the same mistake.

Even skilled stock traders will tell you borrowing to invest can be risky. And there’s no real need with investing apps that allow you to start with a small amount of money, like one that lets you invest your “spare change”.

7. He does what he loves

Buffett credits some of his success to his passion for investing. “You have to love something to do well at it,” he says, urging people to take the jobs they love, instead of positions that look good on your resume.

Even if you can’t quit your full-time job to focus on the things you truly enjoy, you can certainly find the time for some affordable hobbies. Buffett himself enjoys card games and playing the ukulele.

And if you’re looking for a way to boost your income, capitalize on your skills and hobbies and set up your own side hustle.

8. He finds creative ways to save

When Buffett’s first child was born, he converted a dresser drawer into a bassinet. For his second, he borrowed a crib.

“If you buy things you don’t need, you will soon sell things you need,” the billionaire says.

Take a good, hard look at your finances and figure out where you can cut down on. Get yourself a library card and borrow books and movies instead of purchasing them. Or try a budgeting app to monitor your spending habits.

9. He uses cash, not credit

While most of us prefer the convenience of a credit card for our everyday purchases, Buffett uses hard cash.

He told Yahoo Finance Editor-in-Chief Andy Serwer in 2019 that he uses cash “98% of the time. If I’m in a restaurant, I’ll always pay cash. It’s just easier.” While the method may sound a bit old school, relying less on your credit card can help prevent spending money you don’t have.

Using most of your available credit and falling behind on your monthly payments damages your credit score. If you’re struggling to pay off your credit card debt, you might want to consider bundling it up into a debt consolidation loan with a lower interest rate.

This article provides information only and should not be construed as advice. It is provided without warranty of any kind.

Earnings Reports This Week Will Help Investors Prep Their 2022 Playbooks